Book of Demons hacks and slashes onto Xbox One as a console exclusive!

We’re extremely proud to announce that Book of Demons, our deck-building hack and slash where it’s the player who decides the length of quests, will launch on Xbox One as a console exclusive!

We don’t have a release date yet and we don’t want to spoil too much, but you should know the game feels really good on the Xbox One controller (despite Konstanty’s face expression). 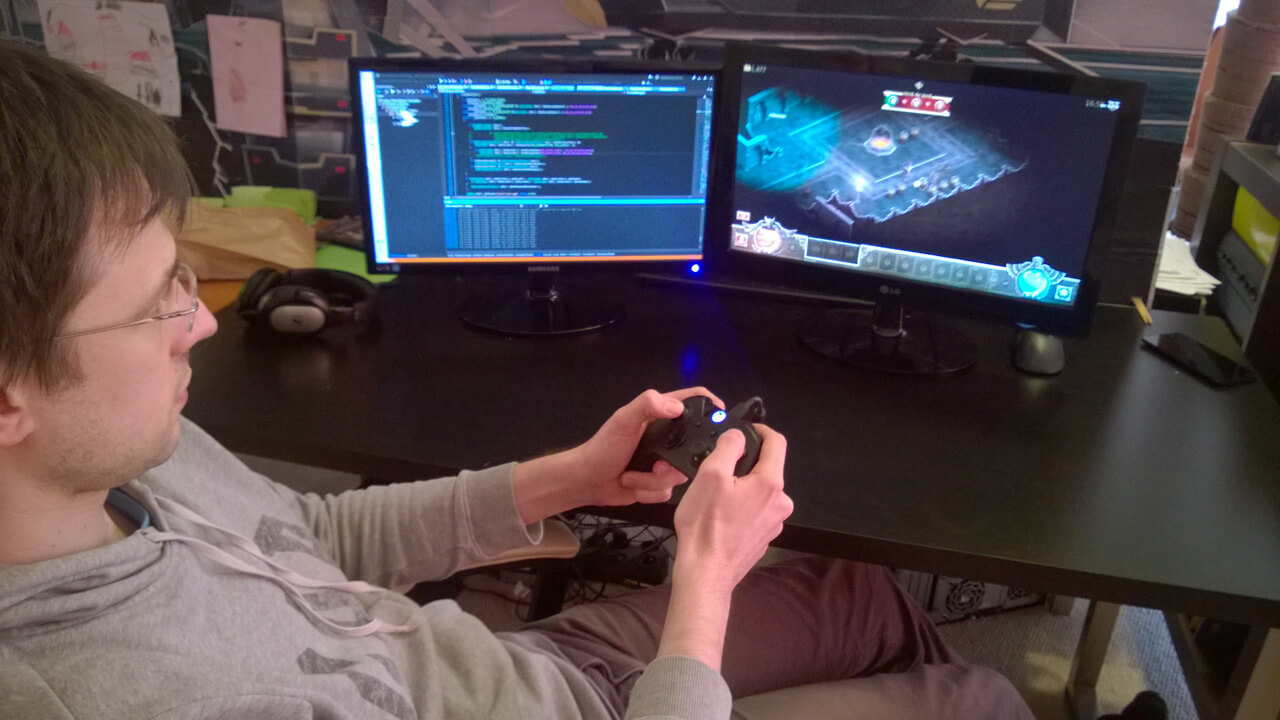 Book of Demons will be available on Xbox One thanks to the ID@Xbox program which enables indie game developers to publish their games on Xbox Marketplace. We’d like to thank ID@Xbox for their full support and tremendous help!