The Mage has arrived!

Book of Demons just got the biggest update so far. After a short testing phase on a different branch on Steam, we are happy to announce that the long-awaited Mage character is now available to everyone and playable. You can, at last, fight monsters in the paper dungeon using real magic. 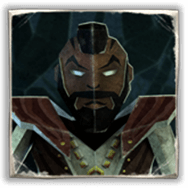 Mage is a powerful mystic proficient in all kinds of magic. Wearing only a robe he leaves direct face-to-face combat to his summoned minion, himself bringing devastation from a safe distance.

Mage’s attacks work a little different from Warrior’s. His projectiles are guided and will avoid other monsters to reach their target, but they can still hit walls. That’s why, for a Mage, fighting in tight spaces can be problematic and requires more tactical approach.

But for those (and any other) occasions he has some awesome cards up his sleeve. Mage class comes with 16 new unique class specific cards. Master each of the 11 new spells, 4 artifacts, and 1 item find synergies between them and use them according to situation – and no monster or boss will stand a chance!

Mage spell cards at a glance:

Together, there are 16 class specific Mage cards to collect. Of course, they can be combined with the 16 common cards that are shared between character classes in Book of Demons.

To play a fragile but powerful Mage you need to have at least a level 5 Warrior character already on your profile. So if you don’t have one, you will need to learn the game basics playing Warrior first. But leveling, in the beginning, is very fast, so, either way, you will be able to check out the Mage in no time.

And please remember that Book of Demons is still in early access and this is the first version of the game featuring the Mage character, so things might be rough at places and it might take some time before every quirk is ironed out.

Besides Mage, this update introduces a lot of fixes, balance changes and some quality of life tweaks. You can find the full changelog here.

The next major update will, of course, be the third and last Rogue character class, but before it’s ready we want to do a big card system overhaul, that will make discovering rare and legendary cards really exciting. That’s why we moved Rogue update for later January.