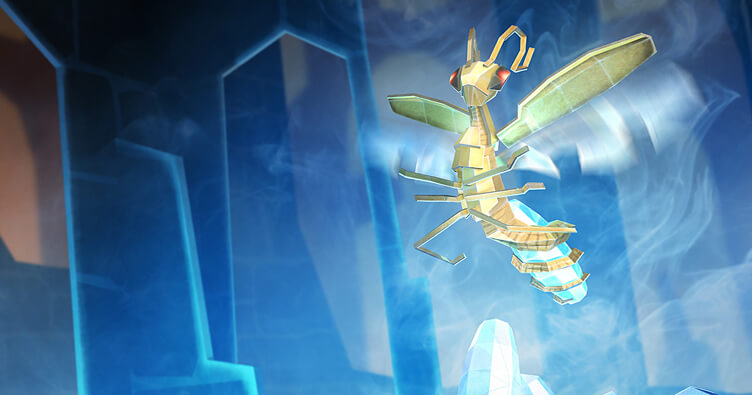 Mid 2021 Update: why is making games such a lengthy process?

Book of Demons, the first game in our Return 2 Games series, was released in December of 2018. Our initial plans stated that Hellcard, our Book of Demons spin-off, would release into early access by the end of 2019, and that Book of Aliens would reach a playable state in the middle of 2020. Today it’s the middle of 2021 and both games are still in deep production with lots of work ahead. Even if the proverbial light at the end of the tunnel is near, clearly some things didn’t go right.

Today’s post is meant to explain what’s going on at Thing Trunk, the reasons for such unwanted delays, and what it means for the plans ahead. As usual, there are both good and bad sides to the story and various factors to consider. Hopefully, this will give you an honest overview of our struggles in making great R2G games. Also, spoiler alert, there won’t be any of the pandemic blaming in this post! Only the brutally honest reality of game development.

To be perfectly blunt, making games fast was never our strong side. Even during our early game-dev days, when we were working on casual downloadable games, we always preferred to release highly polished titles, with lots of features and a lot of attention to detail. This has almost always paid off as our games were successful, but it also meant that our production times were considerably longer than the industry average. When the casual games publishers started rewarding quantity over quality, we knew it was time to move on.  That’s when the idea of the R2G series and Thing Trunk were born.

Today, many years later, we still think of ourselves as quality-oriented. When an idea we’re working on turns out poor or just average we always get back to the drawing board. When someone on the team comes up with an improvement or a better mechanic than the one already implemented, we almost always pursue and test it.

Book of Demons was the best R2G game we could do a few years back. Since then we’ve learned a lot and the expectations are now higher than ever. We know we can do better even if this means venturing into unknown territories, exploring more wild ideas, and emphasizing different production processes. When we started, we created playable prototypes for almost all games in the series. Today when we play them we know we can do better. We revisit our ideas and reignite our excitement by applying what we have learned.

All of these we consider good traits. They take time, though.

Bottom line is that we don’t know the formula for making good games fast. We’re actively looking for ways to make them quicker and take safe shortcuts where we can. Before we find this magical process though, we need to stick to the old time-tested trial and error method.

Many of the delays we experienced were due to underestimating the amount of work needed after a game launches. A successfully released game branches into multiple smaller projects that must be managed separately. The development team needs to keep releasing bugfix patches, balance updates, at least a few major feature updates, etc. It would be silly not to port a successful game to other platforms and it always takes a lot of time regardless if you are doing it in-house (like we did with the iPad port) or if you are outsourcing it to a third party (like we did with the console ports). The latter involves negotiating deals, preparing source materials, doing QA, support, and milestone approval.

At a large studio, all this would be done by specialized staff allowing developers to continue developing. In the case of small independent studios like ours, sometimes this literally means that the programmer has to stop programming to write text for a store page or the designer has to try and negotiate with a publisher.

And the list goes on – launching the game in other stores and markets, organizing sales and marketing events such as bundles or promotions, handling support inquiries, doing seasonal updates, localizing the game into more languages, marketing all the new developments of the game with ads, press releases and reaching out to influencers. Before you know it, a year or more has passed since launch, and all you’ve done was handling all that needed to be handled after the launch.

We’re a small indie company and we don’t have a dedicated marketing team that could shield the developers from all of those tasks. This might change in the future, but such decisions come with risks and downsides of their own.

Transitioning to multiple projects is hard

When we were developing the Book of Demons and designing the foundation of the series, we started as three old-time friends working from their homes. We grew into a small team of seven dedicated and passionate developers working together on-site during the project. Getting more people on the team forced us to dedicate more time to coordination, planning, and production. Still, with some help from outside contractors, we managed to complete and release the first game with only minor delays.

With Book of Demons, everyone at Thing Trunk was working towards the same goal, but after the release, things weren’t so simple anymore. The production workflow we adopted for Book of Demons was no longer suitable for the concurrent development of more than one project. Suddenly we had bottlenecks in the design department and people jumping from one project to another just to push things forward.

We quickly realized that our production capacity is too limited, so we started hiring and strengthening the team. This was a good, necessary choice, but throwing more people at projects doesn’t pay off immediately. In fact, initially, it’s exactly the opposite – before people get to know what they are supposed to do, they often are a burden on the experienced members of the team. On top of that, having more people on the team requires more structural and workflow changes, to make it all work.

Paradoxically, things have to slow down to be able to gain momentum later on.

This is where we are now. We’ve grown to thirteen full-time developers and we are implementing the necessary changes to make this all work. And we’re never giving up on our aim to make the best quality games we can. I’d love to say that the most difficult part is behind us and now it’ll get easier from now on, but we’re not there yet. There is a lot of work still to be done and many perils await along the way.

“There are decades where nothing happens; and there are weeks where decades happen”

Say what you will about Lenin but he had a knack for quotable sentences. And this one holds true for us. Such weeks for the R2G series are coming closer because once we are ready to show you all the stuff we are working on things will happen fast. And, hopefully, such weeks are not decades away 😉

When things take longer than planned it is not only logistics or production hurdles. It’s more often than not just us trying to improve them or squeeze in foundations for even greater things to come post-release.

Obviously what we would love to give you are solid release dates at this point even though the whole post was about why there are no solid release dates yet. This is the other part we are working on and, hopefully, soon we will have something exciting to announce.

As I mentioned earlier, the work on both projects progresses. We have been silent for way  too long and meanwhile did a lot of cool stuff so there is some catching up to do in the coming posts. As a teaser here are some new concepts from Book of Aliens:

and a rather bookish location from Hellcard:

As always,
Stay safe in paper dungeons (and on paper tiles!)
Matt