The hidden meaning of the Thing Trunk Logo

As we are still preparing for the big reveal of the first Return 2 Games game (coming early next year), we thought it would be interesting to give you some background on the Thing Trunk logo and why (again) we chose such an odd name.

The idea was to find a name and graphical representation that would best reflect our personality, ambitions and values. This requires some explaining, so here is what the 3 founders of Thing Trunk have to say about it. Mind you, the logo was created in December 2011, so their memory might not be that sharp 😉 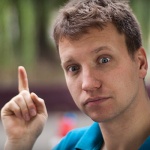 Filip: Obviously, the “trunk” is an allegory of our collective minds and it’s filled with the “things” we think about. For many years this treasure chest has been closed, and our best ideas were locked away, crumpled inside. With the launch of Thing Trunk we’re ready to open up and unleash our ideas upon the world. Our ideas are supposed to be intelligent, hence they are represented as 3 rats… or maybe these are gremlins? Hmm…

Maciej: Obviously, Thing Trunk is a word play on “think tank” and this was intentional, as we are known for the ability to over-engineer any game and any idea. The three gremlins inside represent the three of us. This becomes obvious once you look closely at the eyes and their grins (hopeful, sarcastic and wicked). As you can also see, we are hiding from the light of the outside world inside the trunk. This also reflects our company culture, as we’re very secretive (too much probably) and it’s difficult to spot us in the wild. 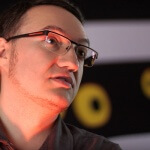 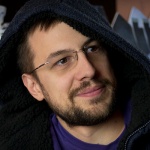 Konstanty: Obviously, the main idea behind the logo was that we needed something incongruous, to some extent even confusing. The name should be difficult to read, a tongue twister of sorts, and as hard to remember as possible. This might seem like an odd choice, but we didn’t want our company name to distract and take attention away from our main game series brand, Return 2 Games. Hence, we ended up with Thing Trunk – the most forgettable and featureless logo design we could think of.

In the end it doesn’t really matter if what’s inside the trunk is the ping pong playing gremlins think tank (yes, we’re called ping-pong a lot, especially by pizza delivery guys). What’s important is that all three founding-fathers agree that Return 2 Games is the beating heart of Thing Trunk, and we are all working hard on delivering you our most ambitious project so far. Obviously.