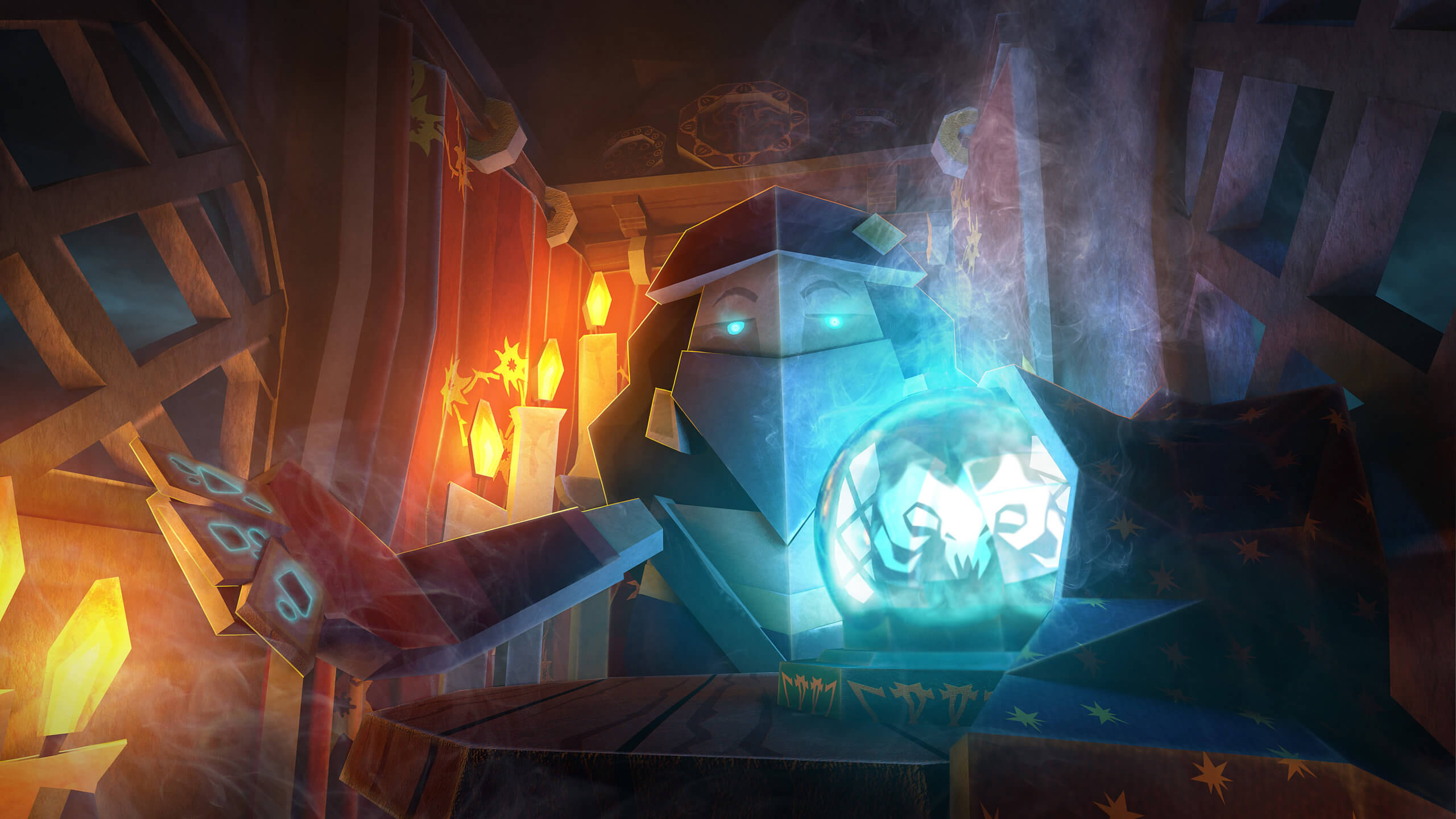 As you might know, Book of Demons wasn’t what kids call a real card game. It used cards because they aligned thematically with the pop-up book design, but those weren’t playing cards per se. They were our way of presenting skills, items, and spells in a neat, easily accessible arrangement. There was, however, no drawing, discarding or deleting of cards involved. Hellcard is our way of saying, “but what if we made a true CCG and included all those things?”.

Disclaimer: throughout this blog post, you will see card frames and designs, along with an early version of the dungeon. Many of those aren’t final designs, they reflect our progress and decision-making process. Even those we consider final at the moment will probably change before the final release.

That would require us to redesign the cards. The old look was crafted for the game where players rarely swap cards, so learning their effects by rote was easier. This wouldn’t work in a true deck builder, where cards are aplenty and change often. You need to be able to read them with ease without zooming in, and for that reason, we needed a text box of a decent size.

The change in the layout and the necessity of adding a text box has motivated us to have some fun with shapes and coloring. The image above shows only one of the card looks we are using – different types of cards will vary in shape and color. Just take a look at those beauties:

You might notice that some elements of the old layout, such as the stars indicating the level of the cards are gone. In return, we’ve added a bit more jewelry to the design (the rarity gems are staying, but now we also have cost gems – each card is worth more on the black market ;)).

We didn’t want the cards to feel flat… so they aren’t! The ribbons of the card frames and other elements stand out just a little bit and cast shadows, to give you that 3D feeling that makes pop-up books really pop-up 😉

Text isn’t the only thing you pay attention to in a card. Once you familiarize yourself with how a spell or ability works, you start relying on pictures to play faster, remembering the effects. This leads to another crucial decision: we had to make the individual cards easily and immediately recognizable.

This meant that card art had to be distinct and clear. We wanted them to be appealing and functional at the same time.Our first ventures into card design may have been a bit too over the top, dominating the scene and pulling attention from other elements. That was a problem since keeping track of enemy positioning is quite essential in Hellcard!

The cards you can see in this shot didn’t work for us – they were fun to look at, but the flashy colors made everything else seem pale and dull. Since making dungeons more flashy and visually loud to compete with the cards would be… ill-advised, we decided to make cards a bit chiller.

This approach still seemed a bit too colorful and flashy for our tastes. We loved the idea of stacked paper art though, something we might explore further in the future. For now we settled on the designs you see below: the three sets are for the mage, rogue, and warrior, respectively.

The graphics are functional, still seem papery, and don’t pull attention from the text (even though with duplicated placeholder text everywhere, there is not much new information to read). We still haven’t reached the end of our card-designing journey, though – expect more changes and polish as we come closer to the release later this year. And the meteor we opened this blog post with might give you a hint about some of our plans…

That was the first look at our card designs and reasoning behind them. We still have a few things to show and tell you in that regard. Stay tuned for more updates on cards in the upcoming Book of Demons: Hellcard.

You can also wishlist Hellcard on Steam right now, which not only will remind you of the game at release but also helps promoting the game on Steam. For an indie studio that’s the best way to gain visibility, so it’s a win-win!

Any cookies that may not be particularly necessary for the website to function and is used specifically to collect user personal data via analytics, ads, other embedded contents are termed as non-necessary cookies. It is mandatory to procure user consent prior to running these cookies on your website.